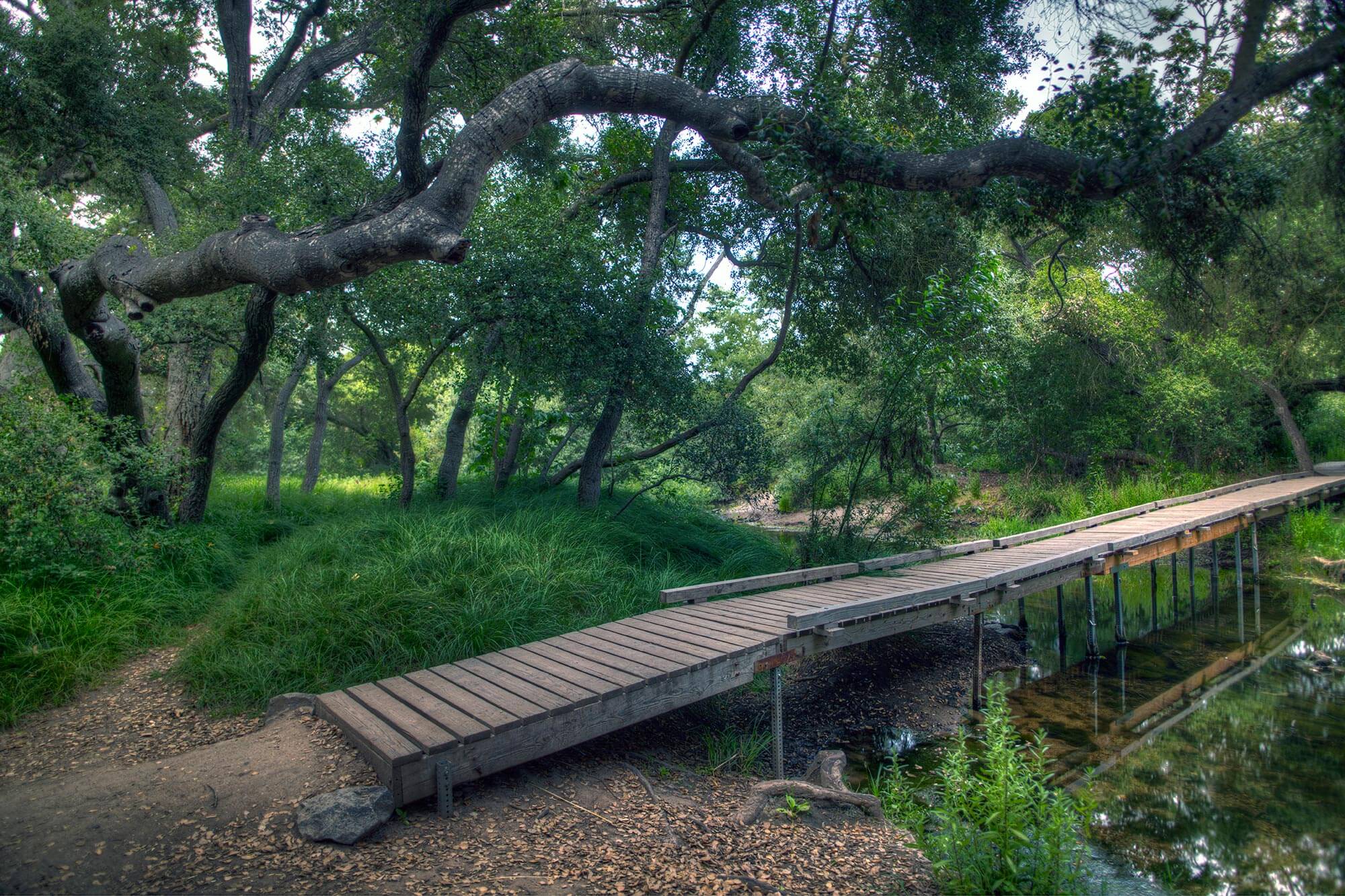 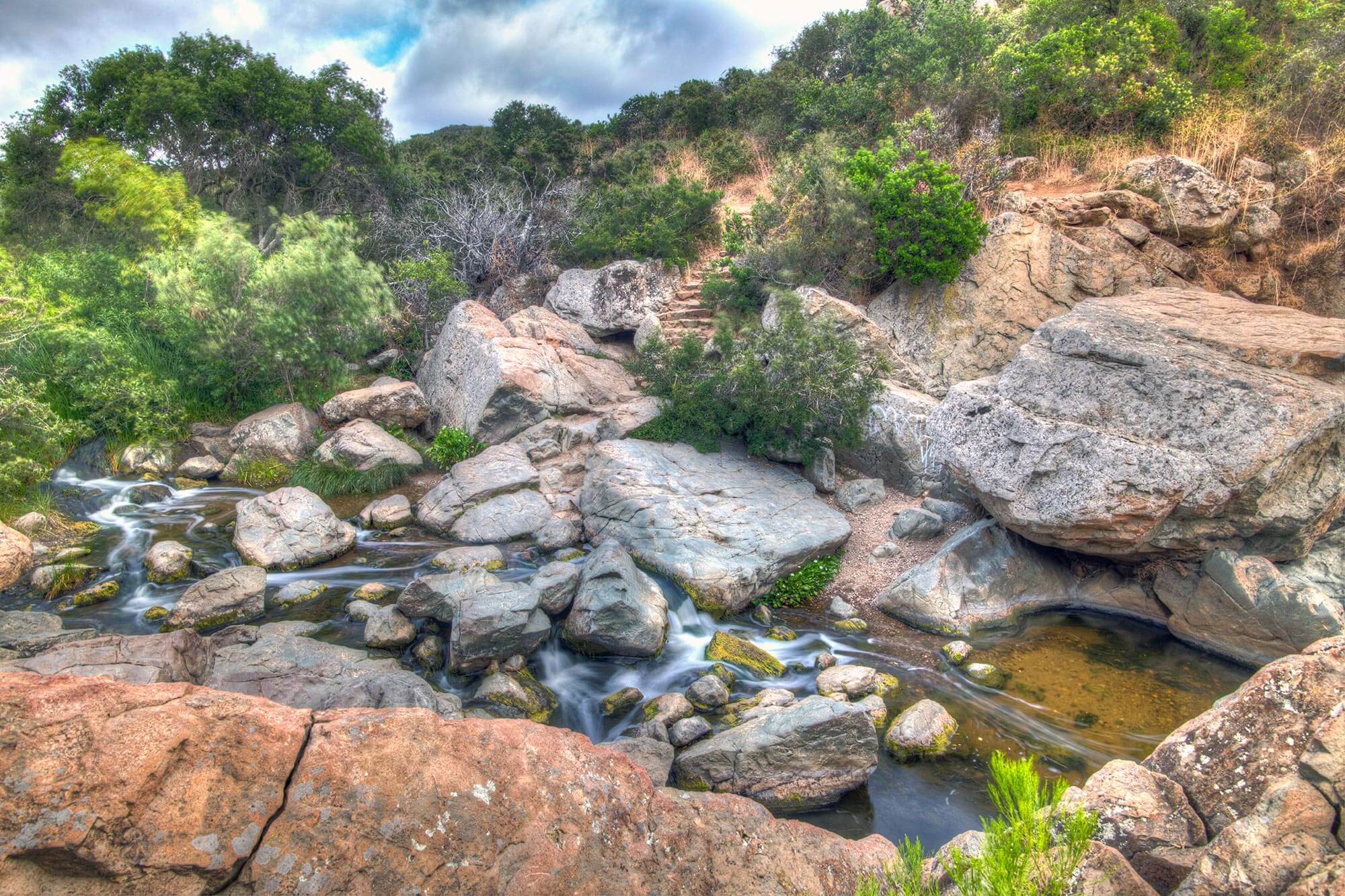 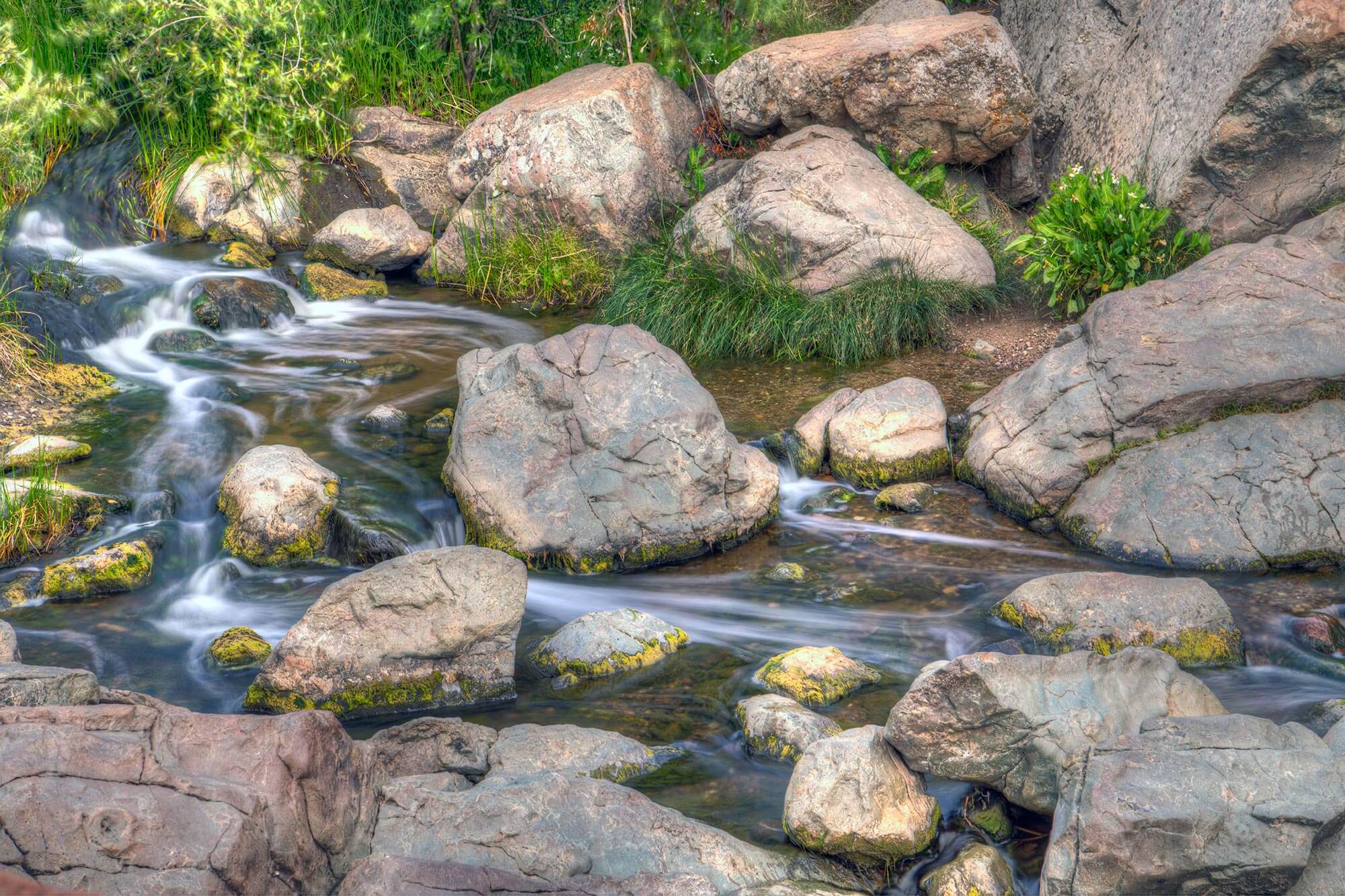 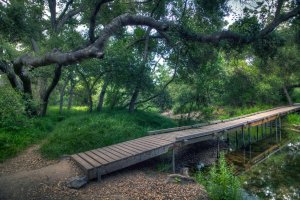 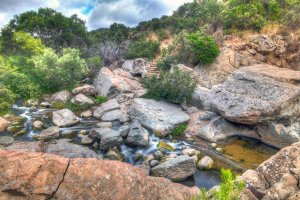 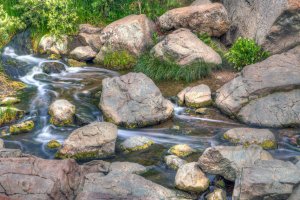 Penasquitos Creek Waterfall is accessed from the PQ Falls Trail. Along the way, you can stop by Carson's Crossing. Honestly, I don't like the hike to the falls very much. It’s primarily barren, long, and uninteresting. There's a row of houses on the cliff in the distance during the first part of the hike. But I do thoroughly enjoy Carson's Crossing and Penasquitos Creek Waterfall. They're both worth a visit. You'll park at Park Village Road, and then you'll see a sign slightly after you turn left telling you to go left. It'll be a while before anything of interest happens. You can turn right to get to the waterfall quicker, but I'd stay on the left path to head to Carson's Crossing first. Right after passing the "No mountain biking on single track trails" sign, you'll hit it.

Carson's Crossing is a great hidden spot. It's not very large, but its simplicity makes it so captivating. You'll be able to hear the creek and see some ducks, sometimes, while under some lovely lush green trees.

There's a path via the bridge you can take. I have yet to do so, but it is a popular mountain biking destination, so be on the lookout for bikes. The path to the waterfall is pretty straightforward, and unlike most trails, it's well-marked with signage. The waterfall is pretty impressive, considering its location. But don't expect a major one. However, it is very rocky. There's a lot of great spots at various elevations to relax and enjoy the view. Just be forewarned that some are hard to get to, and you can only sit one way without the risk of falling off. Quite a few people do stay, making it hard to get uninhabited photos.