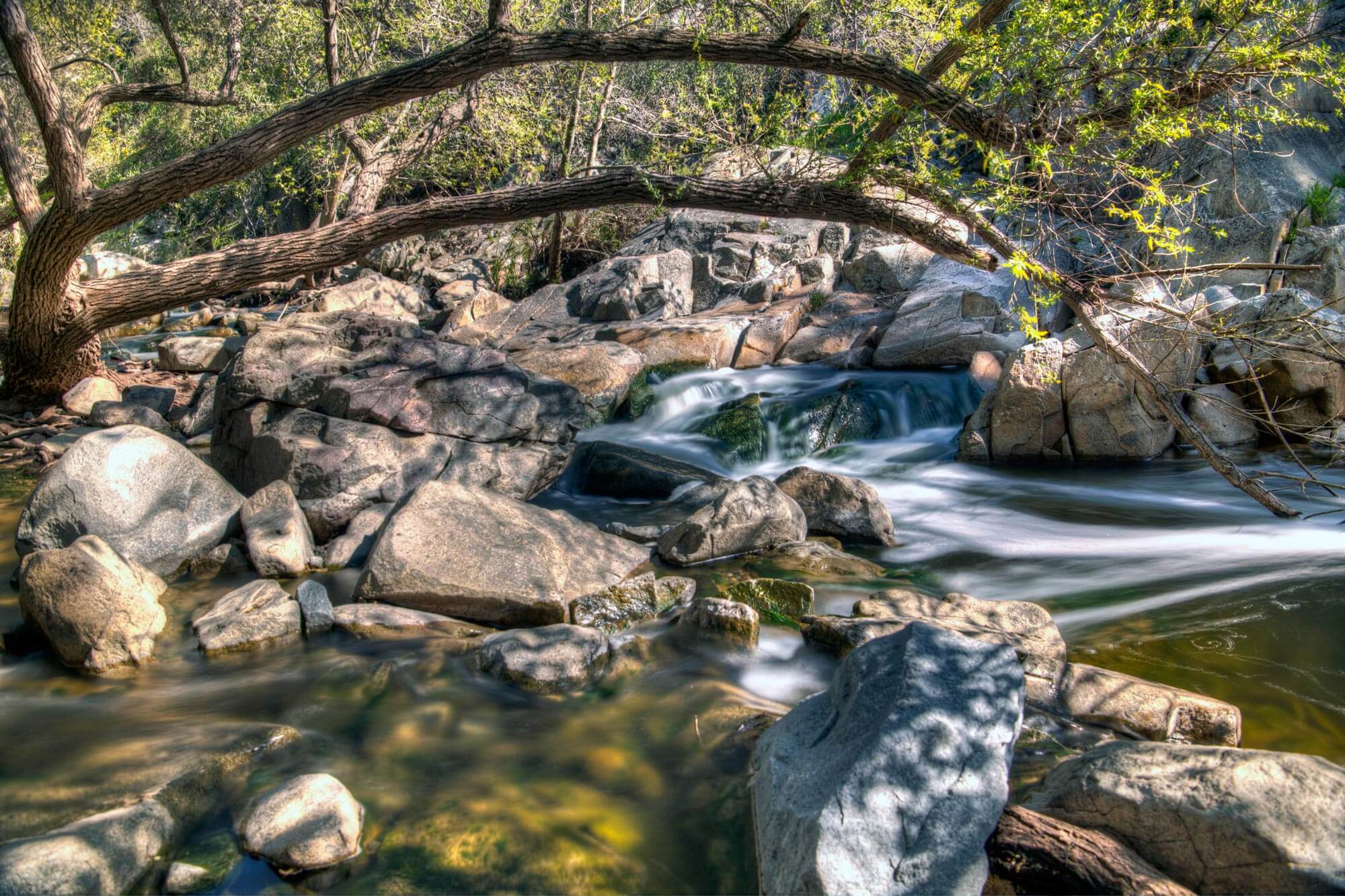 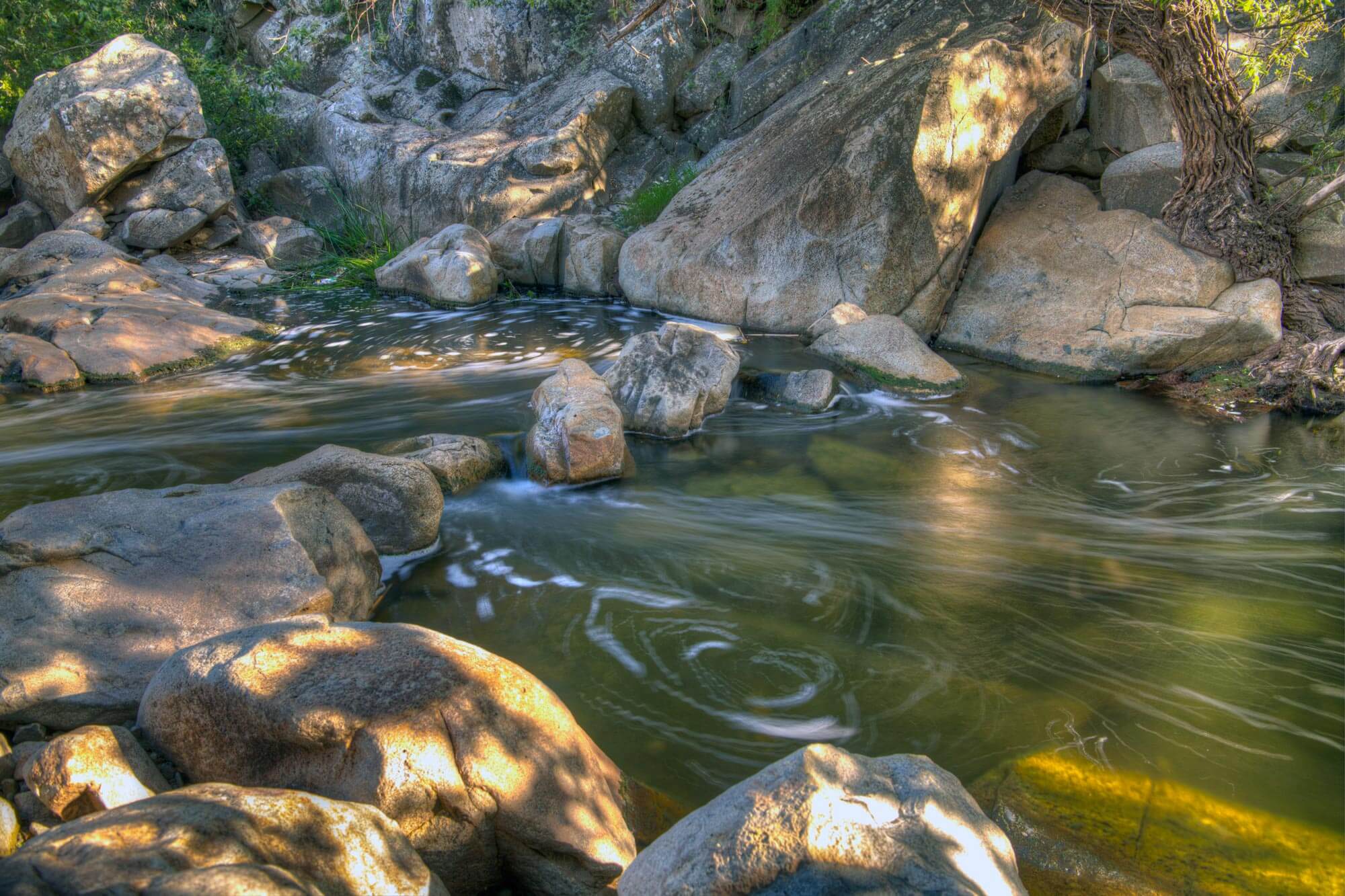 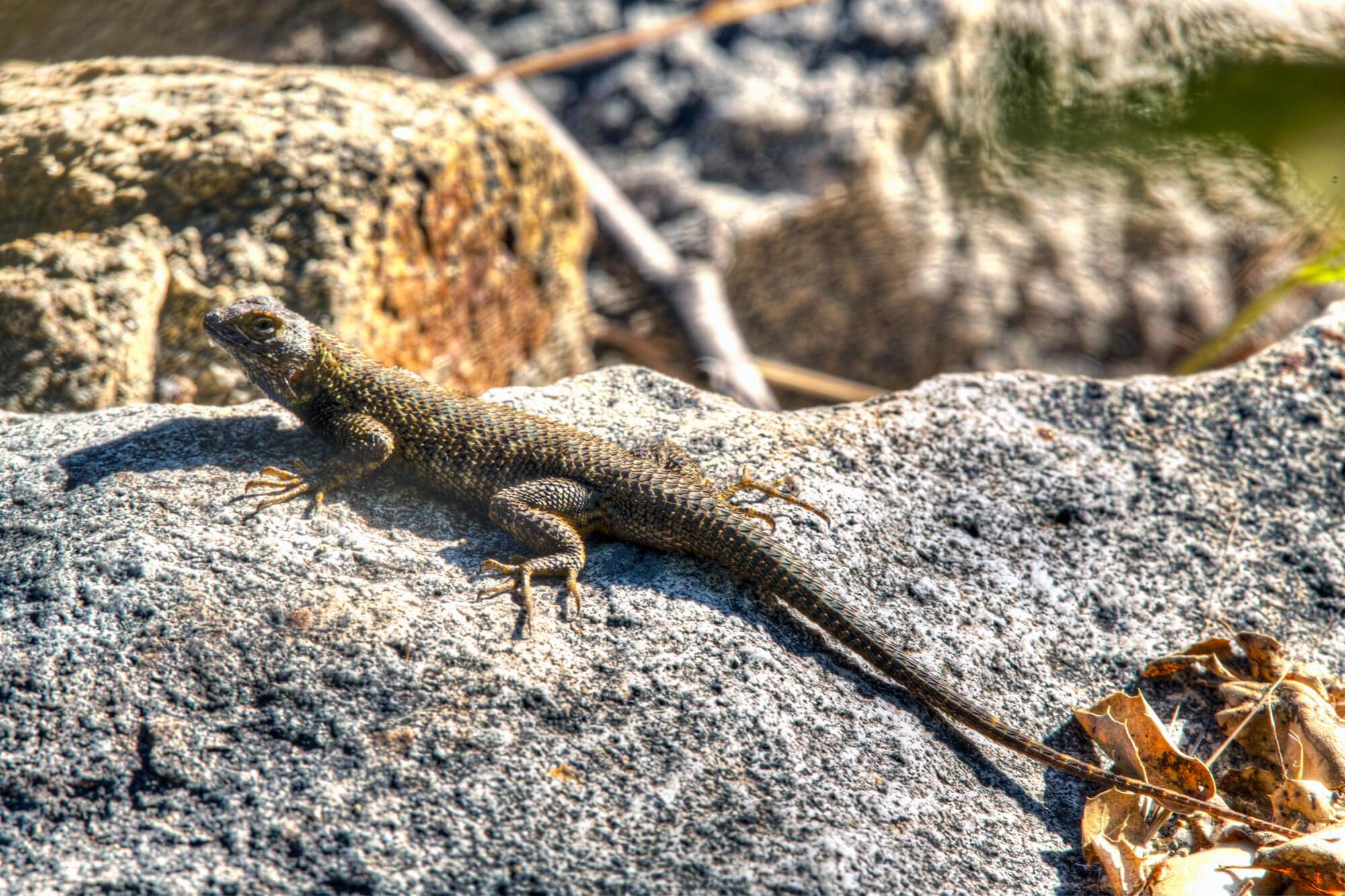 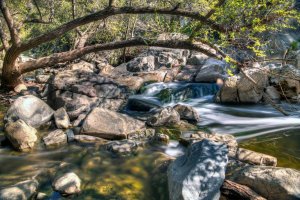 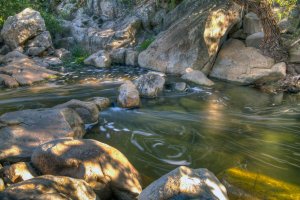 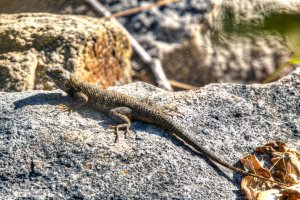 Elfin forest is home to 11 miles of hiking trails in its 784 acres. Meaning it’s really big and you’ll have plenty to explore. You’ll definitely need multiple trips to see it all. Since it’s so large, there’s a few ways to get there. The main entrance is along harmony grove road. The drive is a bit long and you might think you’ve passed it. But there’s a sign for Elfin and the parking lot. Just keep going until you see it. The main parking lot doesn’t have that many spaces and is full most of the time. But there’s also an overflow parking lot a little further down and there is more than plenty of street parking near the entrance. Both are free and even if the main parking lot is full, the second one and the street won’t be.

There’s an Interpretive Center in the main parking lot. Inside is mostly art and educational displays. It’s not open very often. In fact, it’s never been open any of the times I’ve ever been there. It says it’s open when there’s a docent available. Who knows when that is. Right off the parking lot is a giant map of the forest, smaller paper maps you can grab, porta potties, trashcans and a water fountain. Unlike most outdoor places, the water here is not disgustingly warm.

All trails are clearly marked. This is honestly one of the better marked trails in Southern California. Most of the trails feature a lot of great views from the higher elevations. One of the first trails is a botanical trail that has about two dozen info plaques for the various trees and flowers along the way. Be warned there are a lot of rocks on that trail. And they aren’t large rocks either. It’s hundreds of small rocks that could probably roll an ankle if you aren’t careful. You’ll also have to cross the Escondido Creek at some point. It’s not hard to do but if you aren’t particularly nimble and you don’t want to risk getting wet, it’s probably something you’ll want to avoid. I haven’t gone on all the trails but I haven’t found any, so far, to be particularly strenuous.

Personally, the Escondido Creek is the best part of the reserve. I could just sit there for hours, and sometimes I have, to just relax and listen to the creek babble over all the rocks.

There are several tiers, creating mini waterfalls throughout the creek, and several spots to enjoy those tiers. There’s plenty of large rocks, at all locations, to sit on along the way if you don’t have a chair. The creek runs right along the entrance so you cant miss it. In fact, if the water level is high you can probably hear it once you park. On one of the trails you’ll cross it via bridge. But the two best spots are immediately to the left and right of the giant map. To get to the spot on the right, simply walk to right of the giant map and you will immediately see a rope path. After a very short walk, you may be at the best spot in the whole place. You’ll have to cross a few rocks to get down and then you’ll see the stream babbling through. You keep going toward the left if you cross over some rocks. To get to the spot to the left, you have to walk past the bridge first. Then you’ll see a path immediately afterward. Once you get near the waterfall there is a sign that says, “Fragile habitat do not enter”. Please respect the sign. There were more than a few people who did not when I was there. Lizards, ducks, dragonflies, spiders and birds abound near the stream. Be aware there are also a lot of spiders. Even some who like to make webs that span several feet across the creek. In other words, be on the lookout for webs. This is also a great place to people watch if you’re into that. Especially when they try and cross the creek with their dogs and their hands full.