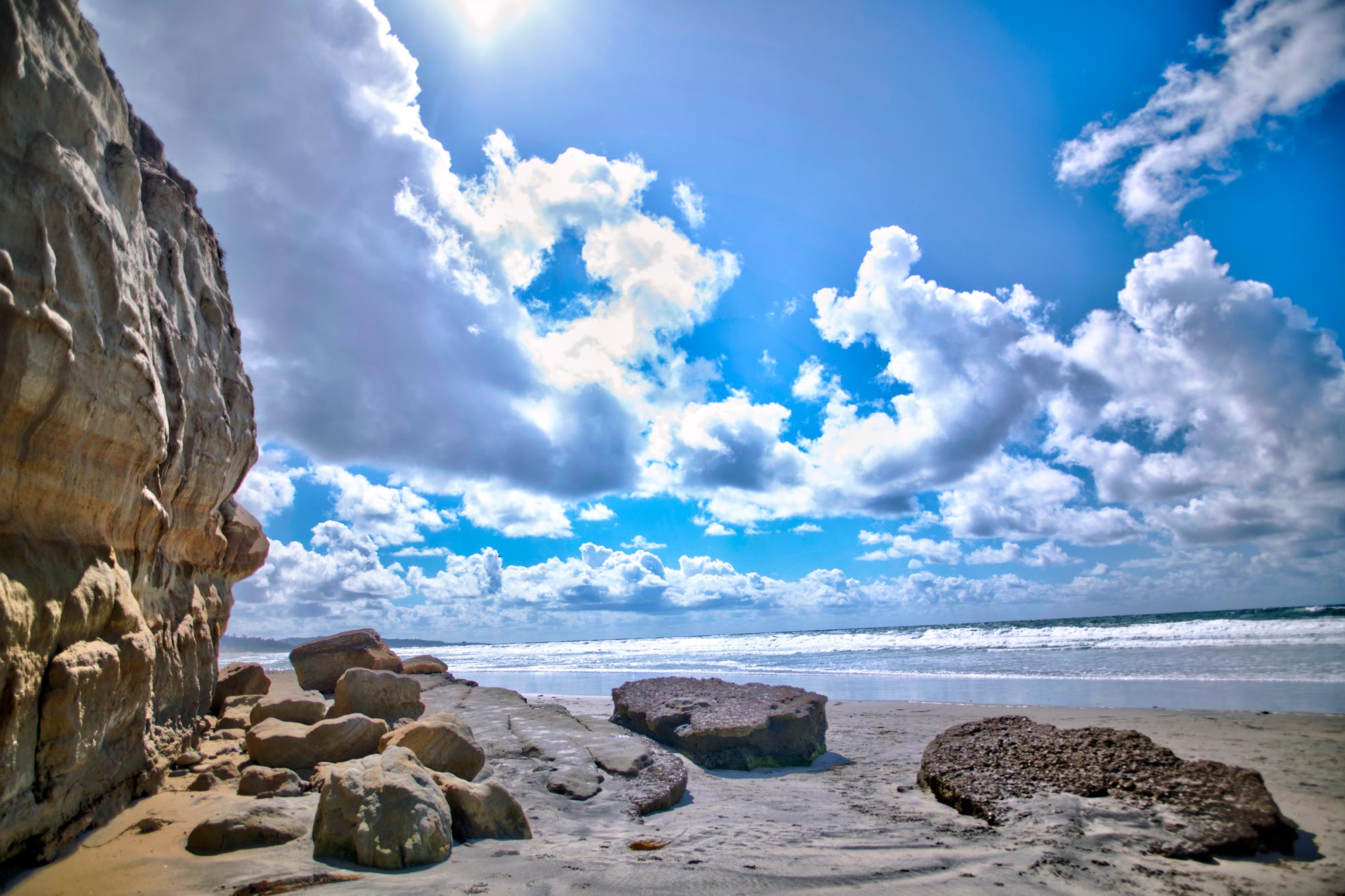 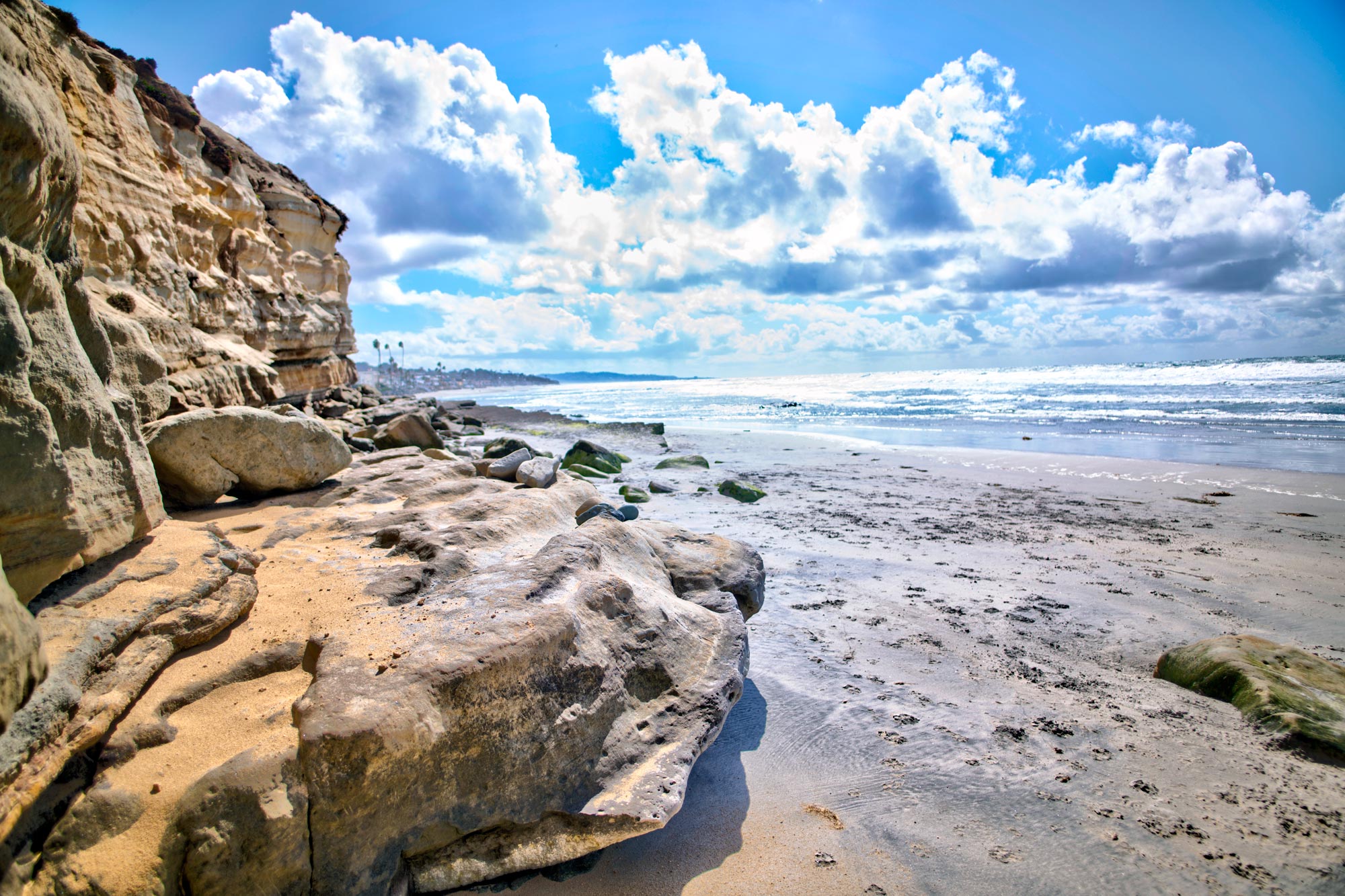 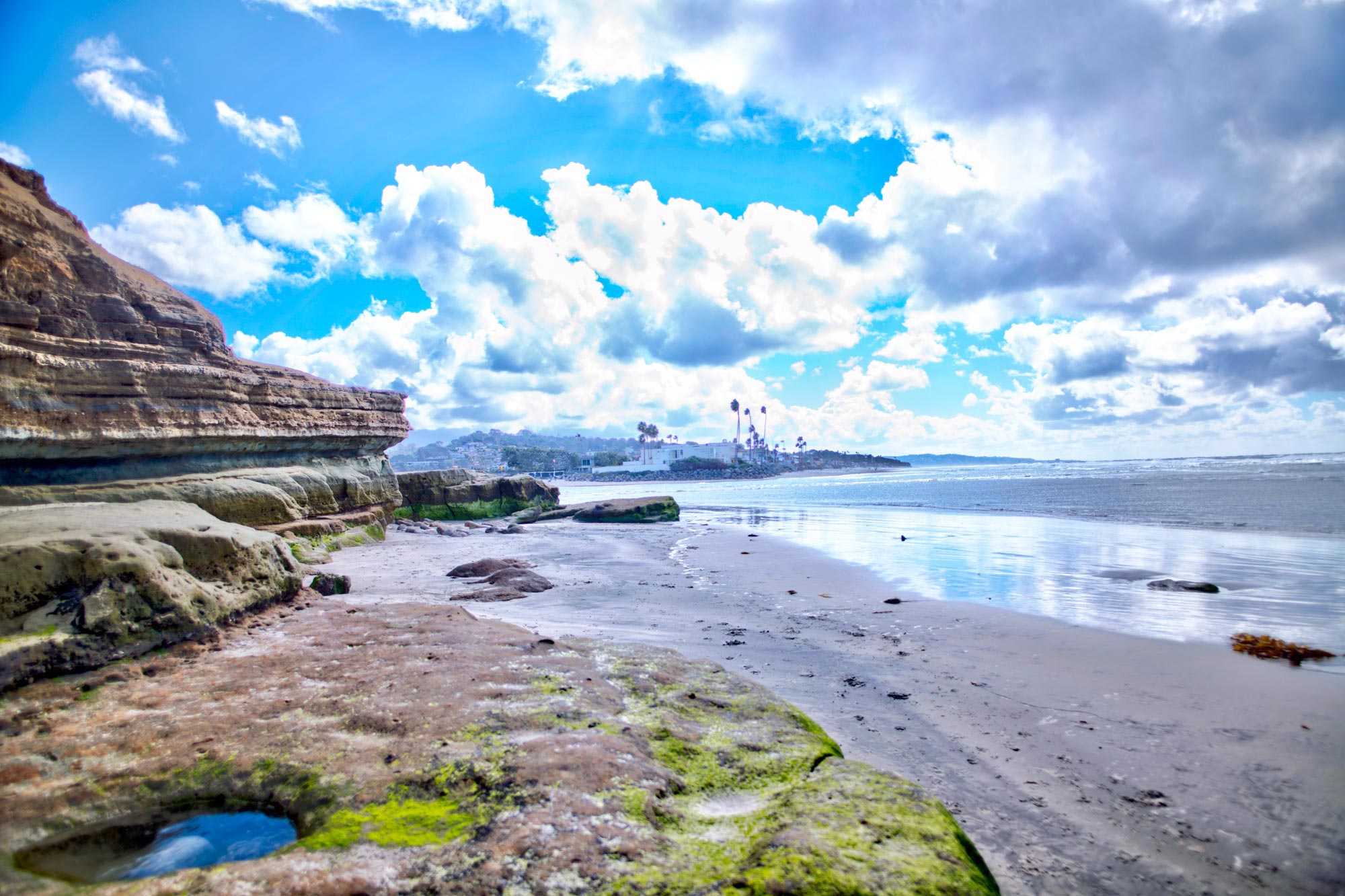 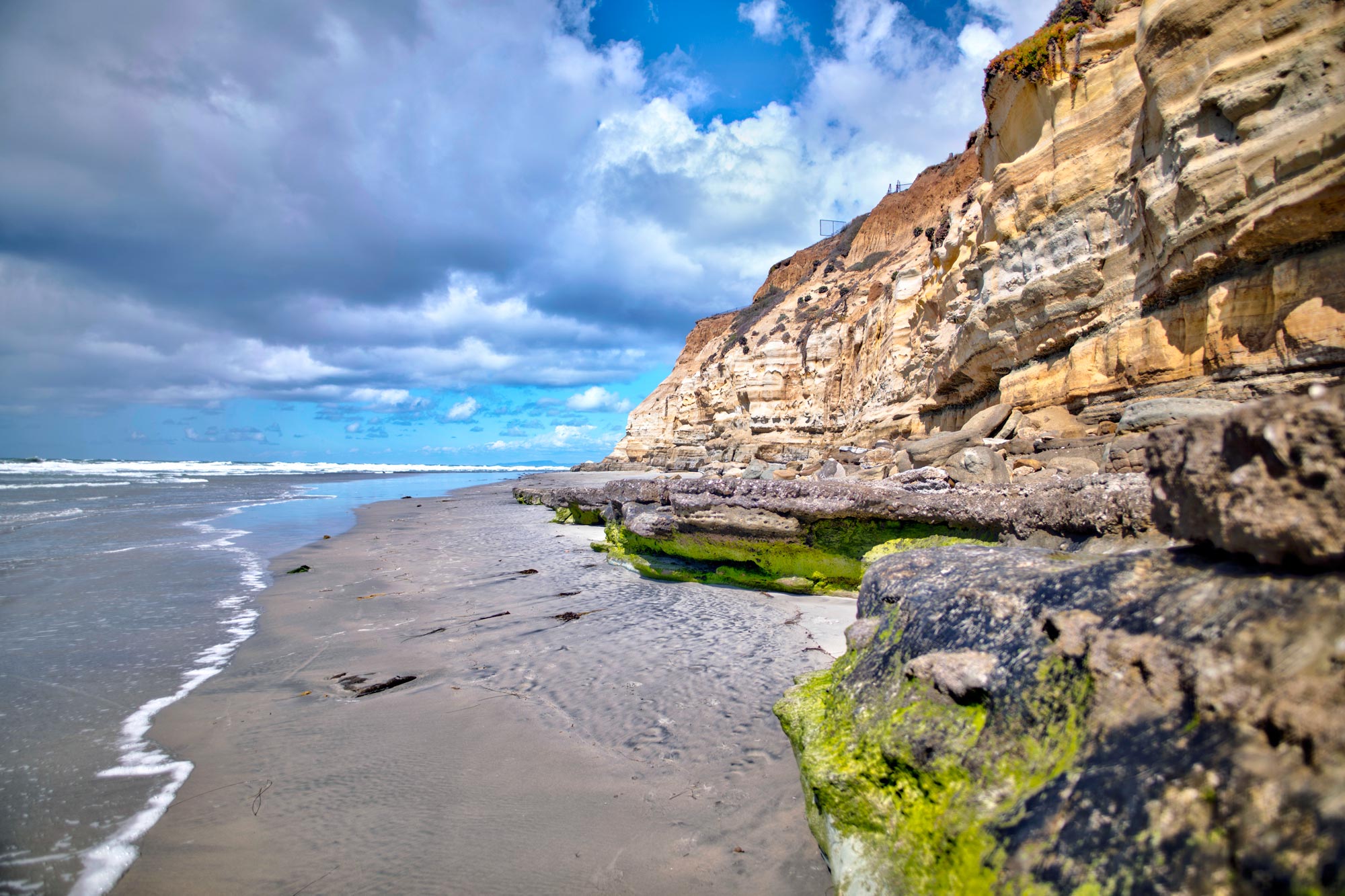 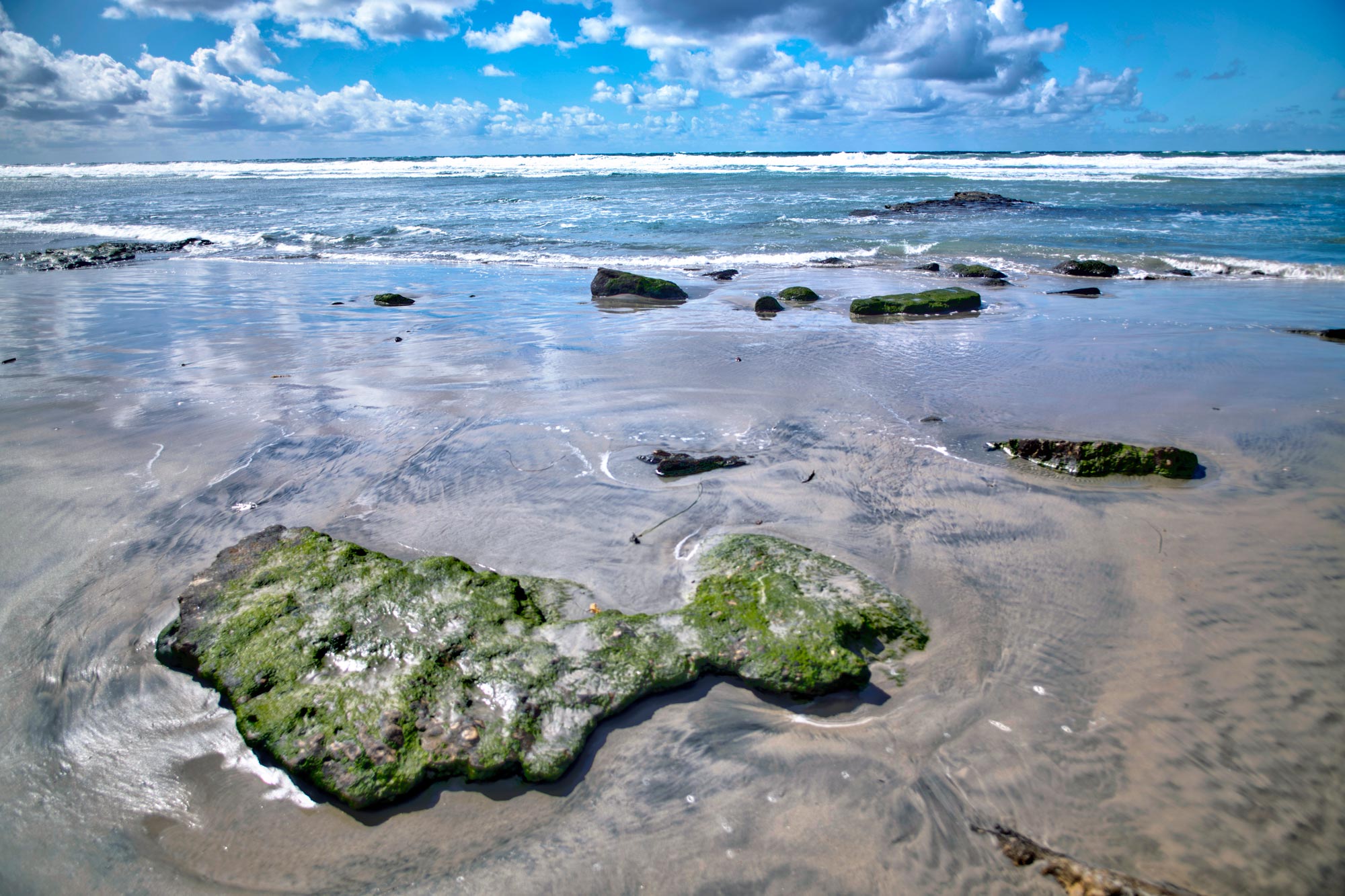 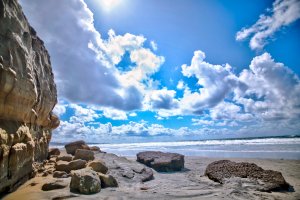 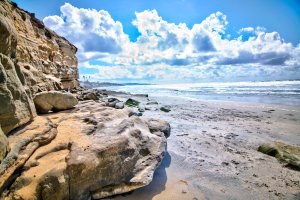 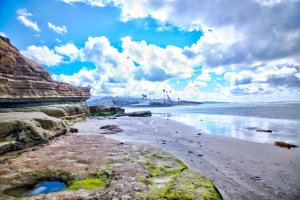 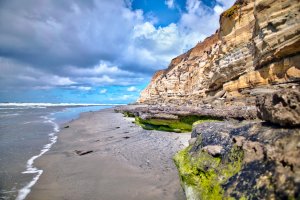 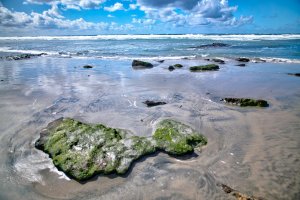 According to Google Maps, this place is now closed. But I believe it's the path to the top of the bluffs. Eventually, the city council will replace it with stairs. But they started planning that in 2018. Despite Google saying it's closed, people still go here, although not as many as before. Keep that in mind when going.

The beach has a lot of dogs since Del Mar dog beach spills over. If you don't like them, this probably isn't your place. Be prepared for many owners yelling at their unleashed dogs and a ridiculous amount of dog poop bags lying around, which is quite rude. You don't have a maid. Pick it up. The sand before the beach can be crowded with volleyball and other activities.

The San Dieguito river flows to the left. A short uphill climb away is a lovely overlook with benches and flowers, but it's closed now. The main beach drag is half a mile. Tide varies, of course, so plan accordingly.

The bluffs are impressive and lengthy, with numerous places to sit, relax and enjoy the beach, cliffs, and small rock formations.

The lower bluff ledges vary from waist-high to seven feet. If you enjoy climbing things, you'll have plenty to climb. There are quite a few nooks and openings to explore, including a small cave halfway down and a mini cave later, which may be the other side of the cave. I went in a little, but it's pretty spooky. There's not a lot of sea life, but a few crabs are hiding in parts of the bluff.

There's free and paid parking nearby. The few paid spots are usually open because it's fifty cents for ten minutes and over three dollars for two hours. If you go down further, there are plenty of available free spots. The walk isn't bad.