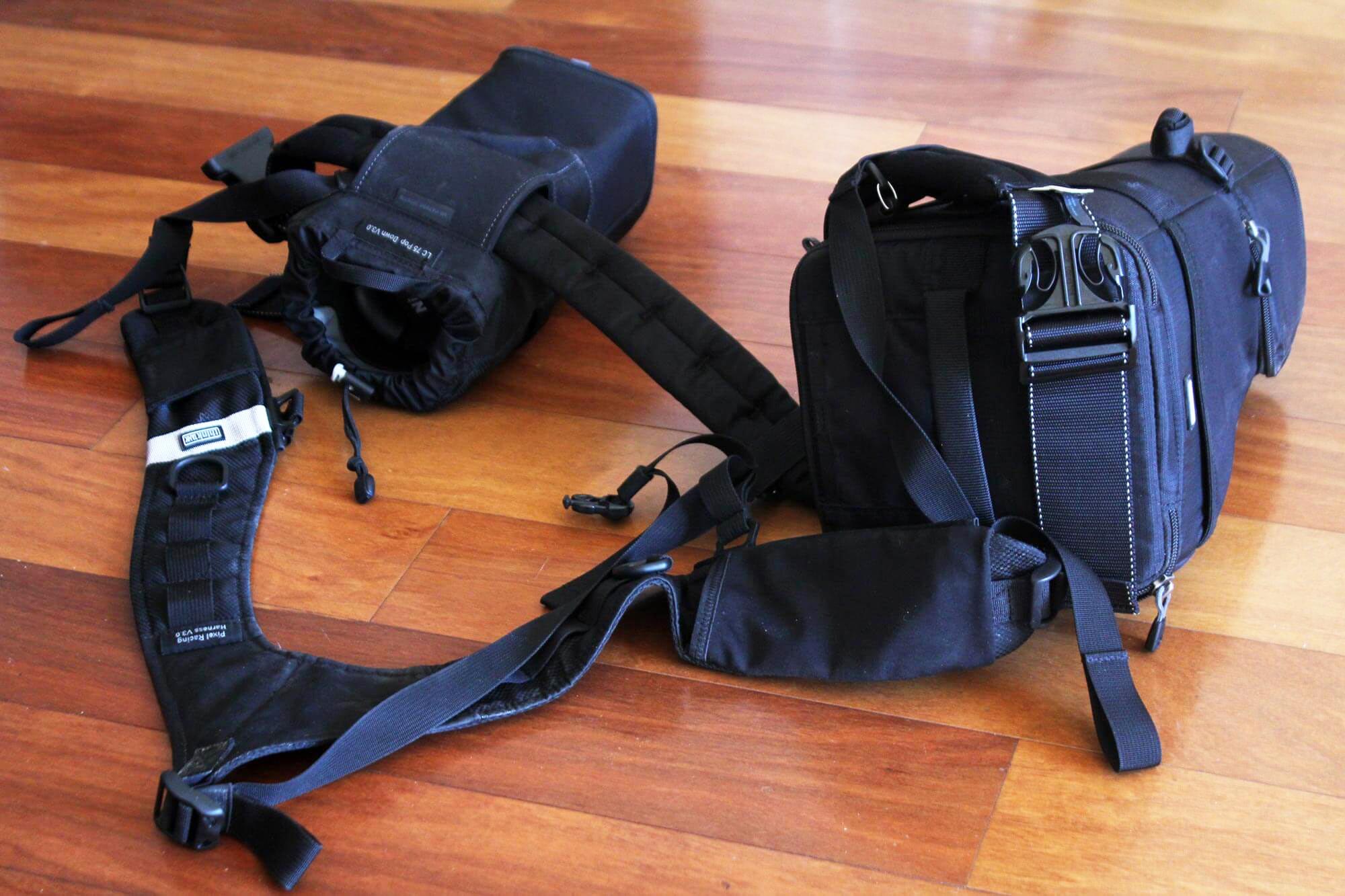 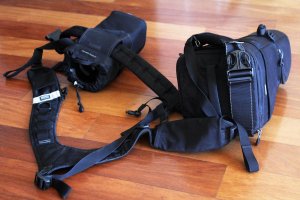 If it wasn't for the Think Tank Belt System, I really don't think I would be doing this site at all. The shear pain in the ass of having to either carry my camera in my hand or around my neck or having to repeatedly take it out of my backpack when I wanted to take a shot, would have driven me mad. Because it did before in the limited times I did it. But their belt system changed all that. I can very effortlessly take out my camera, shoot and then put it right back.

Pop Down Harness and Belt

At first, I was self conscious about wearing the harness. I think it looked pretty ridiculous. But I got over that after only a few wears. Now I don't even care if I wear a shirt over it or not. It also took a bit of time to get used to the weight and feel of it but now it's more like an extension of myself. But it's not that heavy carrying all the gear if the weight is balanced. Otherwise a full frame SLR will easily weigh you down on one side. I highly recommend getting the racing harness. Without it, a full frame SLR camera would eventually also drag the belt down. It took me a few times until I realized leaving the pouches on the belt would make taking everything on and off a lot easier. Now it takes less than thirty seconds to put it on. There are three two belts to choose from now. I chose the pro speed belt. The thin skin belt looked a little too flimsy to me. It's pretty easy to adjust the sizing of the belt. It pretty much stays the way you set it. I only had to readjust the belt once, it became very loose and starting falling down but this was after extensive use.

The Think Tank site has a pretty decent chart for you to figure out which pouch or holster you should get for your lenses. It never hurts to go bigger. Most of them have holsters that expand only when you need them. I like that feature a lot because I can easily expand or contract it with a quick zip. They also have plenty of little pockets for you to stuff whatever you might need later into them. So far, everything has been very durable. The only wear I have is a little hole in a pocket from where the filter case probably poked through. I went with the pop down lens changer because I like that I can change the lens like I do with the holster, top down. Their other changers have you zip them down the side. I feel if I changed the lens with one hand, the lens would probably fall out. Adjusting the position of these components on the belt is easy too. Simply pick a loop and insert the plastic tab into it and then velcro it shut. It's a lot easier to do that when you aren't wearing it though. It's a bit of a pain to do it when you are. All in all, you can't go wrong with owning any of the Think Tank Belt System components. They are very well designed and made. Their prices are pretty decent as well. They continually upgrade them to make them better, although they are usually small changes. They are on version three for all components. I'm planning on buying one of their hard cases for airport travel.